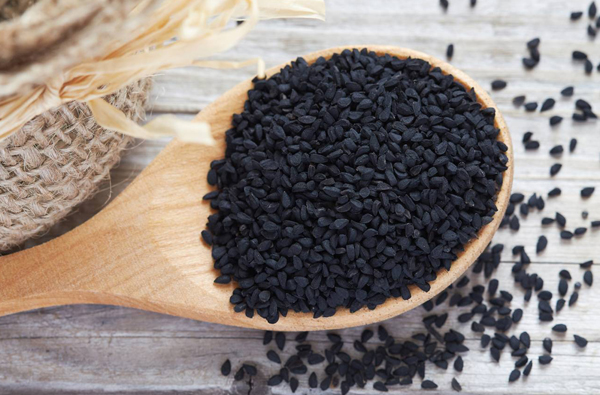 The History and Uses of Black Seed Oil

This article originally appeared on TasteForLife.com.

What is Black Seed Oil?

The prophet Mohammed is said to have proclaimed that black cumin seed could cure “anything but death.”

Black cumin seed is mentioned in the Old Testament, too, and was found in the tomb of King Tut.

Native to southwest Asia, black seed, also known as Nigella sativa and black cumin, has been the subject of at least four recent metastudies that highlight its potential for use in production of new drugs for a variety of conditions.

There’s no need to wait for pharmacological advances to get the benefits of Nigella sativa, though. The plant is available as a supplement, typically in the form of capsules of black seed oil. The active ingredient that led one researcher to call black seed a “miracle herb” is thymoquinone, which has hepatoprotective (prevents damage to the liver), anti-inflammatory, antioxidant, anticancer, and other properties.

Black seed oil may interact with other drugs, so check with a healthcare practitioner before taking it. It may also have contraceptive properties, so women who would like to become pregnant or who are pregnant should avoid it.